Set in the south Texas town of Sucio Sangre near the vicious Mexican border, BLOOD SOMBRERO stars Billy Blair as a nameless thief hired by the ruthless crime lord Lucifer (Nick Gomez) to find a strange box with unknown contents. Meanwhile a mysterious yet violent girl named Josephine (Paula Solinger) holds the box while on the run from the deranged cult she once belonged to. Hot on her trail are two crooked cops (Fred Doss and Stephen Brodie) and a psychotic bounty hunter named Coffin. Their paths ultimately collide in an explosion of blood soaked chaos, leaving our anti-heroes to decide whether this box is worth their lives. 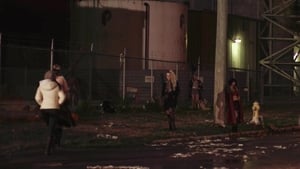